Richmondshire District encompasses a large part of the northern Yorkshire Dales including Swaledale and Arkengarthdale, Wensleydale and Coverdale.

Founded by the Normans in 1071, Richmond is a vibrant market town. It's the Original Richmond, with 56 other Richmonds around the world named after it. Often referred to as the Cultural Capital of the Yorkshire Dales, it boasts a varied array of cultural and heritage attractions;

At the heart of Wensleydale lies the gateway town of Leyburn, "A Town for all Seasons". With spectacular views of the surrounding countryside, independent local shops and cafés, traditional pubs and a weekly market, it's an ideal base for walking, sightseeing, or just watching the world go by.

No visit to Leyburn is complete without a stroll along The Shawl, with stunning views across Wensleydale. So called, as legend has it, because Mary, Queen of Scots dropped her shawl here whilst attempting an escape from her captivity at Bolton Castle. Bolton Castle steeped in over 600 years of history,is one of the country's best preserved medieval castles.Take part in activities, watch displays or meander through the medieval maze garden and see wild boar and birds of prey. 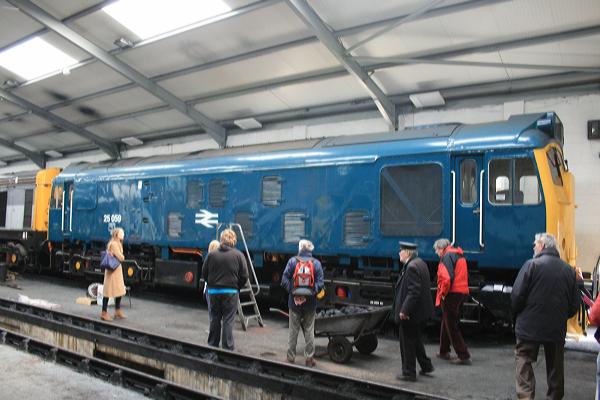 Leyburn offers a wide range of activities for everyone to enjoy from food and drink experiences, to events, family days out to very unique modes of transport. For example passengers are welcome aboard the Wensleydale Railway, running Redmire to Leeming Bar, offering a unique way to see Wensleydale. There are numerous themed events including 1940s, murder mysteries and The Santa Train throughout December.

The Tea Pottery is home of the eccentric tea pot where demonstrations and displays show how each weird and wonderful handcrafted design is produced.

The Little Chocolate Shop offers you a rare opportunity to see chocolates being handmade.There is a huge selection of over 250 delicious mouthwatering varieties including some exotic flavours such as 'chilli explosion' to choose from.

The Wensleydale Brewery produces a range of real ales and welcomes visitors to sample and share in their passion of brewing.

Special events include an annual 1940s Weekend in July and the Wensleydale Show, which is held in August.

Middleham is a small market town which boasts two market places. It is recorded in the Domesday Book as 'Medelai' which means 'middle ham or village'.

Middleham is steeped in history and its heritage goes back to Roman Times but it is perhaps best known as the boyhood home of Richard lll.

As it owes its foundation to Richard III, perhaps it's fitting that this Yorkshire Dales community is also known these days for its links to The Sport of Kings – horse racing.

Stables of national standing have been based in the town for 300 years, using the gallops on the moors on the outskirts for either racing or training. However, the public has just one chance a year to glimpse behind the scenes when the town hosts the annual Middleham Stables Open Day.

Otherwise, the story of Middleham is dominated by its medieval castle, the ruins of which still stand today.

Founded as a simple moat-and-bailey structure in the 12th Century, the building was later enhanced and became home to King Richard III, who administered the region from his "Windsor of the North" in the late 15th Century until his death at the Battle of Bosworth, which concluded the War of the Roses and sealed the fate of the Plantagenet dynasty.

An excellent base for walking holidays in North Yorkshire, Middleham's market place is overlooked by a cluster of pubs, hotels and guest houses offering comfortable accommodation.

Small, independent shops, tearooms and cafes also line the slope up to the old Swine Cross in the shadow of the castle gates, offering ramblers respite after exploring Lower Wensleydale's network of footpaths and bridleways.

Middleham also offers a great day out for families. The Forbidden Corner is said to be the strangest place in the world. Discover a unique labyrinth of tunnels, chambers, follies and surprises created in a four acre garden. The temple of the underworld, the eye of the needle, a huge pyramid made of translucent glass, paths and passages that lead nowhere, extraordinary statues - at every turn there are decisions to make and tricks to avoid.

The name, Hawes, means a 'pass between mountains', and it stands between Buttertubs and Fleet Moss. The town is an excellent centre for walking and touring Wensleydale. Take a walk round the Hawes Town Trail, or Millennium Walk, or Pennine Way or along the River Ure, which is nearby.

The town also has some great attractions for all the family to enjoy;

At the northern tip of the Yorkshire Dales National Park, the unspoilt valley of Swaledale winds its way north west into the northern Pennines. Famous for its wildflower meadows, heather moors and waterfalls, the region is also home to some of Yorkshire's best walking and cycling. When it comes to peace, tranquillity and natural beauty, few locations offer more.

Originally a Saxon settlement, Reeth was mentioned in the Domesday Book. The name comes from old English, meaning 'the place by the stream' and is surrounded by the heather moorland-topped fells of Fremington Edge and Calver Hill.

Swaledale and Arkengarthdale, the two most northerly of the Yorkshire Dales, meet in Reeth. The village was the centre of the lead mining industry, at its height in the mid 19th century. The Swaledale Museum showcases the amazing local heritage of the dales with a focus on lead mining and its culture. Come and discover the vast array of artefacts the museum has to offer from fossils to toys from the 1950s.

The houses, pubs and shops cluster round the triangular village green, with its traditional cobbles. Nowadays Reeth has a thriving art community and there are many shops, galleries including Fleece and cafés (and a Friday market) offering unique local crafts, furniture, foods and clothing. Watch the craft manufacturers at The Reeth Dales Centre as they work or take part in a workshop and make your own textiles and cheese.

Hire bikes from The Dales Bike Centre, just down the hill in Fremington and cycle along The Swale Trail which runs between Reeth and Keld.

Many events take place on the green during the year, including quoits and firework displays. The highlights of the year are the Swaledale Festival, which includes walks, concerts and talks, and Reeth Show.