The world-famous National Railway Museum in York was unveiled to the public in September 1975, opened by the Duke of Edinburgh who was late for the ceremony due to a train catching fire! In fact the Duke of Edinburgh, along with many others, was initially not in favour of the museum being located in York, preferring a more southern location. There was a somewhat backward opinion amongst some in those days, that nobody would travel to visit a museum outside of London! 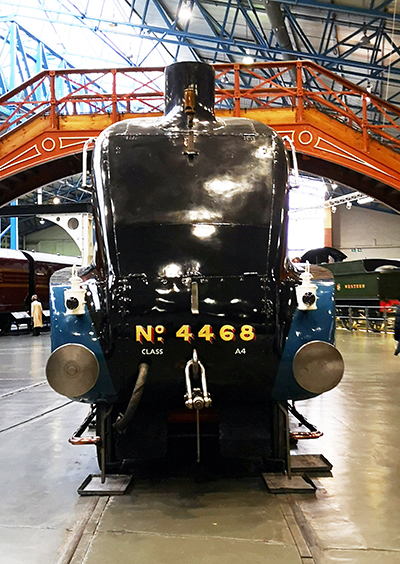 There had been a very small “collection” of locomotives in existence in London. “Agenoria”, the oldest locomotve in the world, its sister machine, “Stourbridge Lion”, Stephenson’s “Rocket” and “Puffing Billy” had originally been purchased as part of a fledgling collection by the Patent Office Museum in London, which was later known as the Science Museum.

The National Railway Museum that opened in 1975 wasn’t the first railway museum in York, with the original opening in Queen Street in 1925, a facility that lasted for nearly 50 years. Formerly a repair shop located adjacent to the Motive Power Department, when it first opened it wasn’t accessible to the general public, preferring to invite visitors assocaited with the railway industry only. By the start of 1928 the general public were finally deemed worthy to visit the museum themselves and enjoy such exhibits as the first wooden ticket machine!

Alongside the Queen Street museum, a small collection of items were on display in the old station, finally relocating to Queen Street in 1966. This joined what was known as the department of “British Transport Historical Records”, established in 1955 to facilitate railway related research and an exhibition of royal coaches.

Prior to the railway Nationalisation of 1948, individual railway companies had their own collections of various sizes. Nationalisation saw the beginning of the process of centralisation, although York wasn’t an initial choice of location. There was the Transport Museum in Glasgow, the Great Western Railway museum in Swindon and what was seen as the “main” repository, the Museum of British Transport, belonging to the Transport Commission in sunny Clapham, in London (where else?) Clapham held the Mallard, fresh from restoration and which drew a few hundred thousand visitors every year. 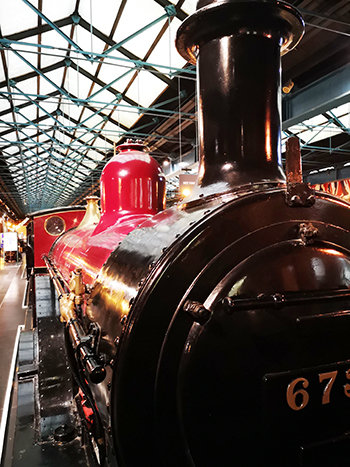 The 1968 Transport Act decreed that a National Railway Museum would be established in York, as a remote extension of the National Museum of Science and Industry, which itself was located in South Kensington. Some, including the aforementioned Duke of Edinburgh, were aghast at the thought of a national museum being located outside of their beloved capital city. Surely no such project could ever be a success?

The museum in Clapham would close, with its artifacts relocating to York, which would also absorb the entirity of the Queen Street collection. The Transport Act also stated that the new museum would have the undisputed first call on any items deemed redundant from British Rail, at no charge. That was handy!

The National Railway Museum sits on the site of the old York North Engine Shed, originally built by the North Eastern Railway in 1878 and extensively renovated 80 years later in 1958. Later known as the North Motive Power Depot, it boasted four engine turntables, the largest of which having a diameter of over 70 feet and which can still be seen in the museum’s Great Hall today. The centrepiece of which is currently the Inter City 125 engine, 253 001.

Admission to the new museum was (and remains to this day) free, which is always a great incentive! Within 8 weeks of opening the museum had welcomed over half a million visitors, rising to 2 million in the first full year of operations. The popularity of this, the first national museum outside of the countries capital city, stunned many officials in London, who struggled to hide their blushes. No doubt the suitably humbled Duke of Edinburgh hid his blushes on a long carriage ride around the grounds of Sandringham. Who knows?

Today the museum owns over 100 locomotives and more than 300 other items of rolling stock. There is also an incredibly vast collection of other railway-related items of interest. The museum has retained its popularity, with about three quarters of a million visitors each year. In 2015, to mark the museum’s 40th anniversary, Virgin Trains East Coast Locomotive Number 43238 was renamed “National Railway Museum 40 Years 1975–2015”, on the platform at York station. This had previously been called “National Railway Museum – The First Ten Years 1975–1985”. The museum won the European Museum of the Year award in 2001. 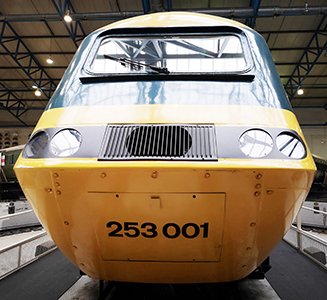