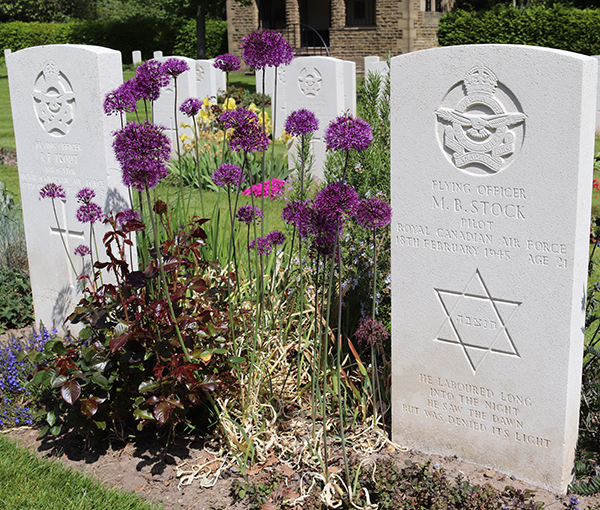 Stonefall Cemetery in Harrogate is the final resting place of around 1,000 servicemen and women who died in the First and Second World Wars. They lie under the care of the Commonwealth War Graves Commission (CWGC) which honours the 1.7 million men and women of the Commonwealth forces who lost their lives in both world wars and ensures they will never be forgotten.

Due to a policy of non-repatriation for CWGC casualties, all of those who are buried at Stonefall Cemetery died in this country. Just as in many cemeteries across Great Britain, First and Second World war graves are scattered throughout Stonefall Cemetery as families were able to choose to have their loved ones buried in family graves.

As well as the scattered graves, there are two plots of war graves at Stonefall. The land for the smaller plot was set aside for service burials at the government’s request at the start of the Second World War. This plot is situated behind the crematorium and it contains CWGC casualties as well as some from the Soviet Union and one from Germany.

Adjacent to Forest Lane, you will find a large plot of over 900 CWGC casualties - nearly all are Second World War Air Force. Over 660 of them belonged to the Royal Canadian Air Force, but there are Australians, New Zealanders buried her too as well as men from across the Commonwealth who flew with the RAF. For regular visitors to the Western Front in France and Belgium, this plot will feel very familiar. Visitors here will find ordered rows of Portland headstones, stunningly maintained horticulture, and features like the Cross of Sacrifice and Stone of Remembrance. In the shelter within the plot you will find a registry box containing a register of all the casualties and a visitors’ book. Do feel free to leave your thoughts when you visit.

You can find out more about Stonefall Cemetery and some of the CWGC casualties commemorated there as well as downloading a self-guided tour by following this link: Harrogate (Stonefall) Cemetery | CWGC 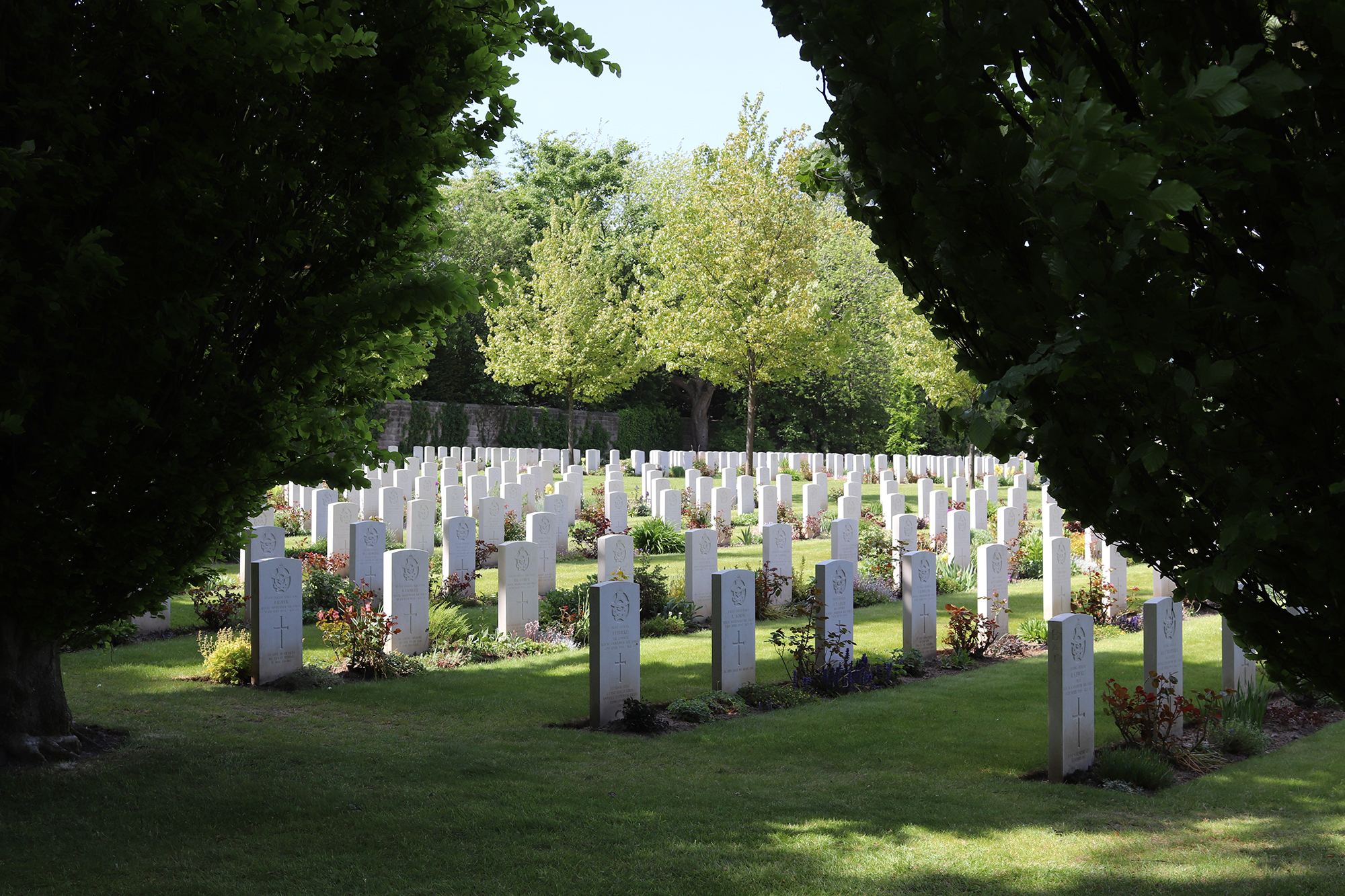