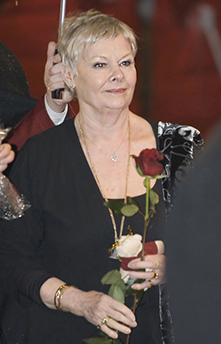 Dame Judi Dench has a long and enviable list of credits to her name, including as the iconic “M” in several James Bond films, opposite Brosnan and Craig. But as well as Dame Judy we have Abby Francis and Janet McTeer who also hail from York. For the men we have Mark Addy, born in York, as was the writer W H Auden.

Sir Ben Kingsley was born in Scarborough, as was Jimi Mistry and not forgetting Charles Laughton from the black & white era of film. Whilst still in Scarborough we have the lovely Selina Scott, darling of television news in the 1980’s and 1990’s, Susan Hill, a novelist who wrote, amongst other things, the ever popular “Woman in Black” and the brilliant actress Dame Penelope Wilton. This popular seaside resort was also the birthplace of George Cayley, an engineer and inventor who developed the world’s first glider - get to the back, Wright Brothers! 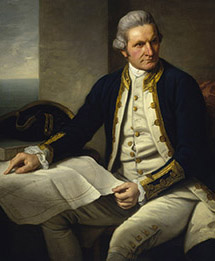 One of the world’s most famous explorers, Captain James Cook was born in Marton and has a museum dedicated to his life in Whitby. Peter N. Walker, author of the “Constable” books which were the basis of the worldwide TV hit “Heartbeat”, is one of North Yorkshire’s most famous sons.

Geoffrey Smith, TV and radio gardening expert was born in Barningham, and Margaret Clitherow, saint and martyr of the Roman Catholic church was born in York. Whilst in York who can ignore the brilliantly funny Frankie Howerd? Neigh, neigh and thrice neigh! Bob Mortimer, occasional foil for Vic Reeves hails from Acklam in Middlesbrough and John Barry, composer who is famous for his James Bond music amongst other greats was born in York, as was ex-England manager Steve McLaren and ex-leader of the Liberal Democrats, Sir Vince Cable. 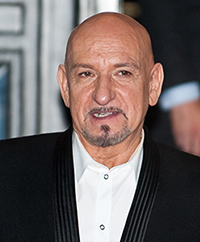 Staying with politics (sort of) if you’re looking for something explosive, then look no further than Guy Fawkes, would be assassin of King James the first and who vainly hoped to redevlop the area around the Houses of Parliament in somewhat explosive fashion.

Downton Abbey actress Joanne Froggatt was born in the seaside town of Whitby, as was Cædmon, the earliest English poet. In the world of science, Whitby gave us Thomas Bateman, a physician who was renowned in the field of dermatology and also William Bateson, a biologist who coined the term “genetics”. Whitby also has some sporting stars, such as golfer Iain Pyman, bobsledders Karl and Lee Johnston, cricketer Adam Lyth and footballer Beth Mead.