In Front of the Lens 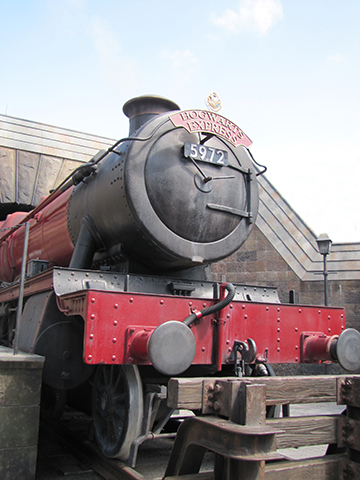 A Look at Film and TV Locations Found in North Yorkshire

As you could easily imagine, North Yorkshire can be quite a draw when it comes to looking for a suitably stunning location when making a Film of TV show. Indeed, many a location scout or director/producer has opted to film some, or indeed all of their big or small screen productions in our beautiful county.

Some are well known, such as Castle Howard for Brideshead Revisited, Goathland for the ever-popular Heartbeat or Thirsk and area for the perennial favourite All Creatures Great and Small.

But what about the others? There are lots and here’s our basic guide to what’s been filmed and where, in God’s Own County of North Yorkshire. If you are a film or TV buff then you might wish to visit some of these wonderful locations when you visit!

Goathland was the location for the fictional village of Aidensfield, the setting for Heartbeat, which was set in the 1960’s. Heartbeat and the career of it’s creator, the late Peter N. Walker, can be found in more detail here. Many locations around the village, as used in the TV series, are easily recognisable and Goathland retains a healthy tourist trade in many ways thanks to the work of Peter N. Walker. Goathland station, part of the world-famous North Yorkshire Moors Railway, appeared as Hogsmeade station in the film Harry Potter and the Philosophers Stone. The platform shop became the Prefects Room and the ladies toilets were transformed into the Wizards Room! 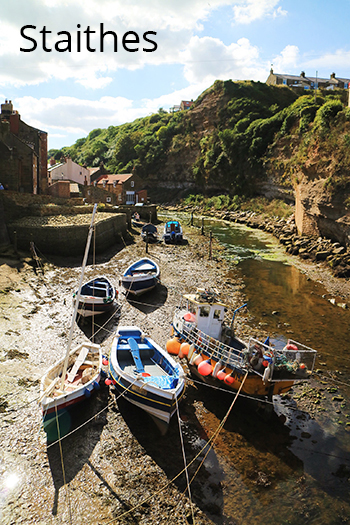 Staying with a Harry Potter theme, but moving from the first film in the series to the first part of the last (as it was split into two), Malham Cove, in the stunning Yorkshire Dales National Park, featured in Harry Potter and the Deathly Hallows. With its 260 foot high limestone cliff, shaped like a natural amphiteatre, Malham Cove is also believed to have been the inspiration behind Tolkien’s fort, “Helm’s Deep” in The Lord of the Rings: The Two Towers.

Castle Howard is a magnificent 18th century residence, set within the breathtaking landscape of the Howardian Hills, just outside York. This stately home boasts world-renowned works or art and stunning architecture, having been designed by Sir John Vanbrugh and built with the assistance of Nicholas Hawksmoor. A perfect family day out, you can marvel at the unique architectural design of the 18th century house with its contrasting baroque and palladian wings and dramatic dome.

With 1,000 acres of parkland, incorporating rolling lawns, lakes, fountains, temples, woodland, an ornamental walled garden and children’s playground, there is something for all ages. Visitors can also enjoy a changing programme of events, children’s trails and a range of cafés and shops including a farm shop and garden centre.

Rievaulx Abbey, near Helmsley in the North York Moors National Park, was the first Cistercian monastery in the north of England, founded in 1132 by from Clairvaux Abbey in North Eastern France. It is unlikely monks were robots in disguise......

Bernard Cribbins starred as “Old Jack”, a retired fisherman who enjoys telling stories whilst from his boat, “The Rainbow”. Staithes itself was once one of the busiest fishing ports on the north east coast and was also a major source of Potash, Jet, Iron and Alum. A stunning location with much to offer, especially to amateur and professional geologists alike, being in a prime location on North Yorkshire’s “Dinosaur Coast”. 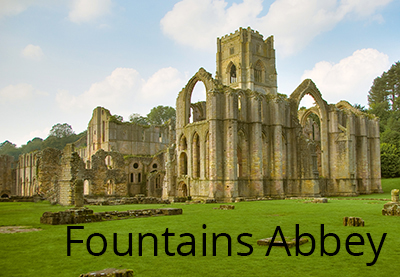 An eighteenth century house (built in 1717), with modifications added by Sir Charles Barry in the mid 1800’s. Duncombe Park is well known for its serpentine terrace with fine views, it also enjoys an Ionic Temple to the north and a Tuscan Temple to the south as well as a Father Time sundial.

Harrogate’s heritage as a spa resort is evidenced in the Montpellier Quarter, where you can find the Royal Pump Room Museum, detailing the importance of the local mineral springs. Nearby is the rennovated Turkish Baths & Health Spa. Do visit Valley Gardens, a beautiful open space, featuring an art deco Sun Pavilion.

Aysgarth Falls, an incredible triple-flight of waterfalls, was carved out by the River Ure over a mile-long stretch on its journey down Wensleydale in the Yorkshire Dales. We cannot guarantee you will catch sight of Kevin Costner!

Thirsk is a wonderful market town, made famous by being the workplace of Alf Wight, vet and author (contemporary of Peter N. Walker of Heartbeat fame) otherwise known by his pen name of James Herriott. You can find the Herriott Museum just off the town square.

Operated by the National Trust, Brimham Rocks is an incredible assortment of rock formations, sculpted over mellenia by the elements. Brimham Rocks is a popular day out for families, as well as climbers (casual and more dedicated), walkers and anyone who enjoys incredible views of North Yorkshire, specifically Nidderdale and the Vale of York.

Pickering Station is at one end of the famous North Yorkshire Moors Railway and also hosts the annual “Railway In Wartime” weekend, when you can see period vehicles and outfits worn by the many participants in this celebration of our recent history.

One of the most stunning cathedrals in the world and jewel in the crown of the City of York, York Minster is the seat of the Archbishop of York (currently Doctor John Sentamu), and the position of which is the thirdhighest office of the Church of England, after Her Majesty the Queen and the Archbishop of Canterbury. York Minster, also known as the “Cathedral and Metropolitical Church of Saint Peter”, it is the mother church for the Diocese of York as well as the Province of York. 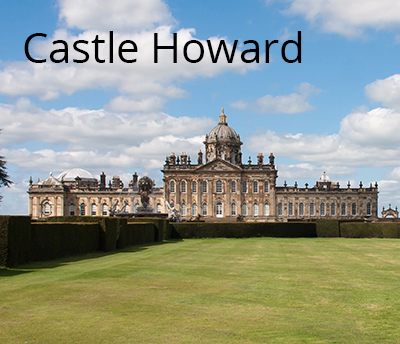